Believe it or not, I’m still alive and well.   And, yes, I know that it has been quite a while since I have last written a blog post.  My next sentence was going to be an apology for not keeping up with the blog but you know what, I’m not going to.    In the beginning, I posted for an audience but as time progress I learned to write for me. This blog eventually became a journal where I could write down my thoughts and express my feelings as therapy for me to get through the next chapters in my life without Russ.

These last couple of months has been a difficult transition for me from life living on the road to stationary life.  A friend of mine, Sandy Borden, once posted on Facebook, “Life is so much simpler on the road!”  As strange as it may sound, she is correct.  You only have to worry about finding the next place to camp for the night.  In another word, you only have to worry about today, not yesterday and not about tomorrow.  Just for today.

Ever since I have been back from my trip, I have lost the passion for writing and the passion for riding as well.  I have many half completed blog posts and I have not rode a motorcycle since I got back from the Horizon Unlimited event last September.  Yes, Purple is still torn apart as I try to find a piston that will fit the re-bored cylinder. Hopefully soon, she will be put back together since I may have something in the works from an old Yamaha BW350.

Last month, several things started to fall into place for me. One was realizing that it wasn’t the industry that I worked for is where I lost my passion but by the company that I used to work for that cause me to burn out.  This realization was brought on by another software company who hired me for a short term project coordinating network opportunities at the largest trade show of the year.  It was at that trade show that made me realized that I loved what I did for that industry and which in turn produce a job opportunity to allow me to continue to work from home.

The other was due to the 3rd Annual Lizrdbrth Memorial Ride in Joshua Tree National Park.  This ride allows the Southern California T-dubber to pay tribute to Russ, aka Lizrdbrth for bringing us all together in the first place.  Prior to this ride caused a frenzy on my part to find another TW200 on a short notice so I could attend the ride in his honor.  Due to the late start, I wasn’t able to acquire one before then. So my friend, Jeff Bowman, graciously allowed me to ride his TW200, Muley, for the weekend.  At first, I wasn’t sure that it was such a good idea.  I was so nervous about the thought of possibly crashing his bike and ruining it his beloved bike.  However, he has faith and trust in me.  I’m glad that he did because this ride is what I needed to restore my passion in riding motorcycle again.

On the first day of the ride, we first stopped at the memorial to pay our respect.  Russ’ friend, Ronnydog, made a very special ring for me and gave me a choice to either keep it or to add to the wind chime.  I chose to add it to the wind chime since I have Russ and mine on a key chain so I thought it was appropriate for him to have one on the wind chime.

After visiting the memorial, we proceeded up Berdoo Canyon to Joshua Tree National Park.  I did okay for the most part but I did fall twice on the ride.  The first fall was due to stalling out over a boulder, no biggie.  However, after the second fall, I did the girlie thing and waited for the sweep team to catch up to me.  It may sound strange but when I realized that no one was coming and I heard a whisper in the wind telling me to put on my big girl pant on and get the bike up myself.  Even though, it was on a slight incline, I was able to pull the bike up and continue on up the trail where the rest of the guys were waiting for me.

Once we cleared Berdoo Canyon and head out onto the Geology Tour road in Joshua Tree, I took off from the group which I normally don’t do but I needed some space with nothing around me but the winds so I could be alone with my thoughts.  This is where I realized that this isn’t just a thing that I did with Russ in order to be with him.  It was in my blood to ride and I needed to find another TW200 so I could continue riding every chance I get.

After the ride, I found an ad on Craigslist for a 2014 Yamaha TW200 with only 97 miles on it down in San Diego which is two hours away from me.  There wasn’t a phone number on the ad so I emailed the owner, asking if the bike was still available.  Edwin Tamayo immediately called me back when he received my email which has the link to my blog.  We talked about my recent ride around the U.S. and his motorcycle business.  As we discussed the price of the bike, he knew that the bike was going to be in good hand and I knew that he was being fair about the price.  We cemented the deal over the phone sight unseen.

Now that I have the new TW200 at home, I have begun working on the transformation to make her to fit my riding style.  Working on her has been very therapeutic for me and bringing back the passion of writing and riding again. 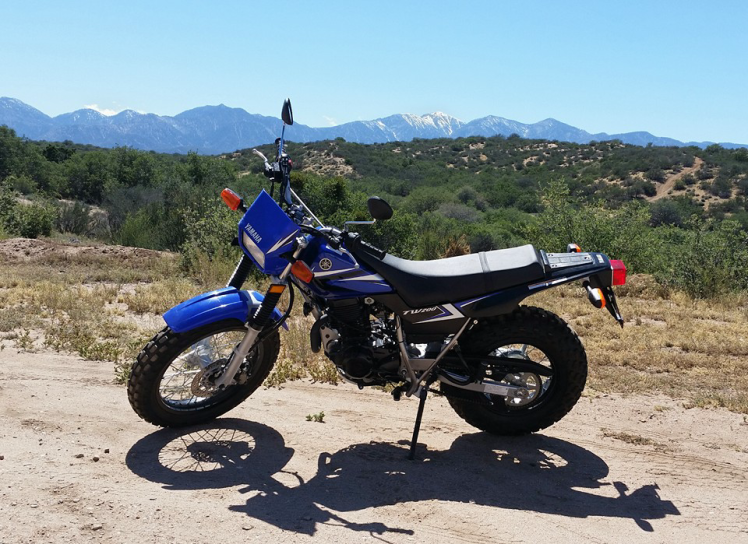 So stay tuned for next week to see the before and after picture.  Plus, I will give you the low down of what changes I have made on it and why.

18 thoughts on “Finding the Passion Once Again!”