A little over a year ago, I wrote about a place called Pie Town Cafe that Russ and I stumbled upon during our honeymoon. It was a story about experience, strength and hope when she purchased the cafe and eventually build a successful cafe that specialize in unique pie. I stumbled upon another place with a similar story last week.
I have been riding through Wisconsin via Route 2 for a bit and haven’t seen any street sign pointing to any historical places nearby for my daily detour from the route. So I came upon a Visitor Center and stopped to pick up map for the state (the best place to get a free map). So asked the lady at the counter about any significant historical places in the area. She said that she didn’t know of any but there is a good place next door that make Mead. Mead? I didn’t know what mead is and decided I had to check it out.
As I walked into the shop and it looked like a typical wine tasting room that is found all over the west coast. It had a bar full of various wine bottles and knicks-knacks associating with wines in the rest of the shop. So I approach the host and asked what kind of drink is mead. She explained that it is just like wine but instead of fermented grapes, it is made from fermented honey. I never knew that there was such a thing and she explained that mead is older than wine. She also goes on to explain that the term “honeymoon” comes from the tradition of giving the newlywed couple a “moon” supply of Mead to ensure a fruitful union. Sweet Mead was especially prized because it was believed that the “sweeter” the Mead the more “fruitful” the union and hopefully produce a boy from such union. Now I know where the term “honeymoon” comes from.

So, I asked her if she was the owner and how did she get into the business. She said yes and she and her husband has been running the place for almost twenty years now. It originally started as one of his hobby with making honey. However, the cost of producing honey was out weighing the cost of selling it. So instead of giving up his hobby, he discovered that the cost of fermenting the honey was more profitable. This in which turn into a new hobby of making mead. Enough where they could quit their day job and opened a winery in a town where they’re originally from. In another word, they moved back to their roots and doing somethings they love.

One of the other reasons for this journey I’m on, is to figure out what I want to do with the rest of my life. I do know that I’m tired of working fifty to sixty hours a week with nothing to show for it. I have lost that passion in what did for work. I want to find my passion again, I just do not know where or what yet. Hopefully, someday I’ll figure that out. Until then, enjoying the ride and taking it one day at time. 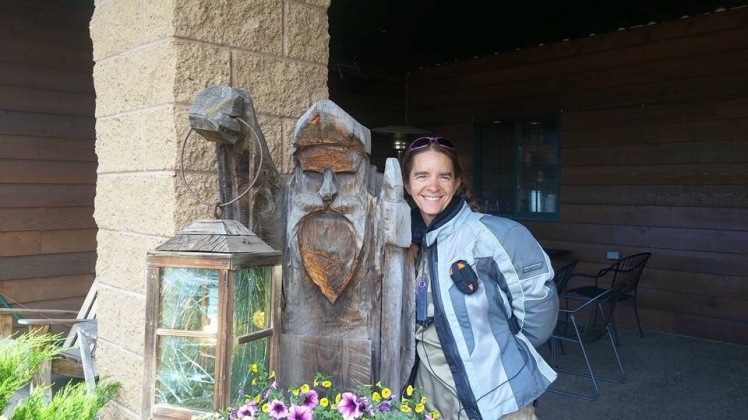