My job allows me to telecommute for work from home for the last eight years. There were many days where Russ would be sitting along aside with me in the office. He would always be hunkering over on his laptop either researching his latest quench for knowledge or answering questions about the TW200. Sometimes, he would get so excited about what he was reading about, he would abruptly look up and give me the “Cliff Notes” version of it.

I got to hear about many interesting stories and tidbits. Some were about the local history in our area and others were about motorcycles that were odds or unusual. Then there were some about people that he admired. Some of those stories, I wished that I had recorded them. Some, I wished that he got to fulfill his dreams of doing things or meeting those people he talked about.

The irony of all of the stories I have heard all those years is that I’m the one who getting to meet his idols. I’m living out his dreams.

Actually, the first one I got to meet was a missed opportunity for Russ. Remember, in the beginning, I told the story about how Russ and I gotten the adventure traveling bug after attending the Horizon Unlimited event in Cambria, CA right before he got sick. At that event, one of Russ’ idol, Craig Vetter was supposed to speak at the event but had to cancel due to back surgery. I got to meet him at the same event the following year. Craig Vetter is known for his Vetter Fairing Company which created aftermarket motorcycle fairings back in the 70’s. However, it is the fairing that intrigued Russ but it was the Vetter Streamliner that got him hooked. These bikes looks like a cross over between a motorcycle and a scooter.  http://www.craigvetter.com/ 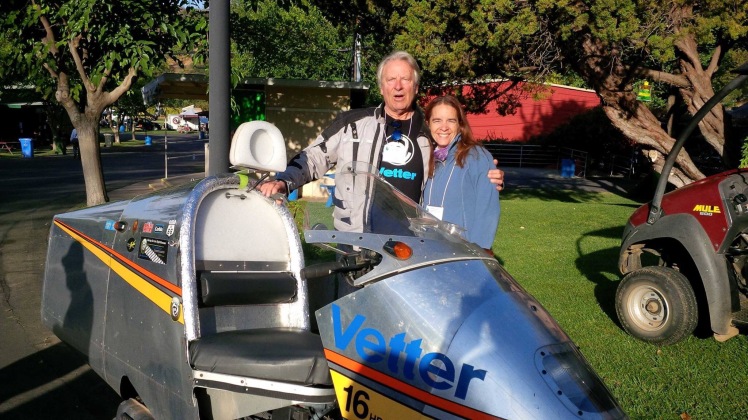 The next one I got to meet, I didn’t even realize until way later after I met him that it was one that Russ has communicated with and was hoping to figure out a way to join him on his crazy motorcycle adventure. His name is Ed March, who is embarking on an adventure to various places in the world on a C90. He believes that you don’t have to buy the big expensive BMW GS1200 in order to travel around the world. In addition, his true passion is making people laugh. So as a way to making people, he has posted several YouTube showing you his misadventures while traveling. I had heard of Ed and had followed along his journey. I even met him last year at the Overland Expo where I bought his DVD about his journey from Malaysia to UK on a C90. After watching the movie, it dawned on me, it was the same guy that Russ wanted to go on a C90 adventure with. He even had a C90 in his collection of the 30 motorcycles that I had to sell after his death. http://www.c90adventures.co.uk/ 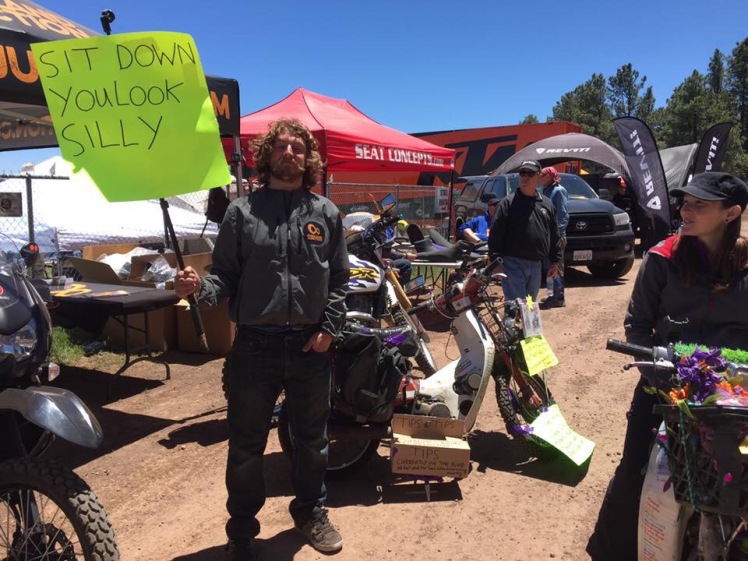 The most recent one was when I was in Birmingham, Alabama working at the division office of my company and looking for things to do while in town. I discovered that the home of the Confederate Motorcycle was here. The first time Russ has heard about this bike was when we rode our TW200 to the Rock Store on Mulholland Drive. The Rock Store is one of the famous motorcycles and bikers hangout in California. This is where I had my picture taken with Jay Leno next to my TW200. As usual, Russ learned everything he could about this bike. These bikes are the Neiman Marcus Christmas catalog of exotic street bike. Again, the reason Russ was obsessed with them because they went against the grain of the standard in the motorcycle industry. http://confederate.com/ 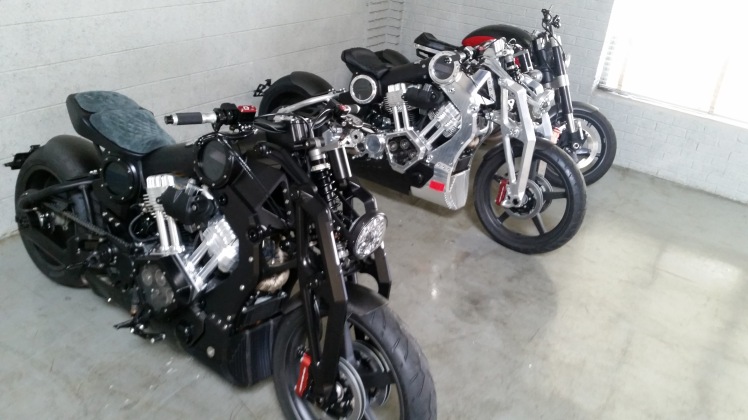 I was lucky enough to get a private tour by Lee during my lunch hour. The best hour of my week in Alabama. As you can see, Russ loved anything was unusual and quirky.  I got see things through his eyes.

6 thoughts on “The Irony of Life”