One of my favorite back roads in the high desert is Highway 247, also known as Old Woman Springs Road, runs between Apple Valley and Yucca Valley. It’s the road that I travel a lot when I go visit my friends in Desert Hot Springs. In between, it host a lot of local history which I have written previously. Today, I will share how the road got it’s name as Old Woman Springs Road.

In 1850’s, a surveyor, Colonel Henry Washington, who was the nephew of our first president George Washington was hired by the government to survey the West. As the story goes, when he passed through conducting his survey, there were several elderly Native American women living at the spring, thus he named it Old Woman Springs. It is said the Indians used to leave them behind at while the young ones went into the mountains after pinion nuts. 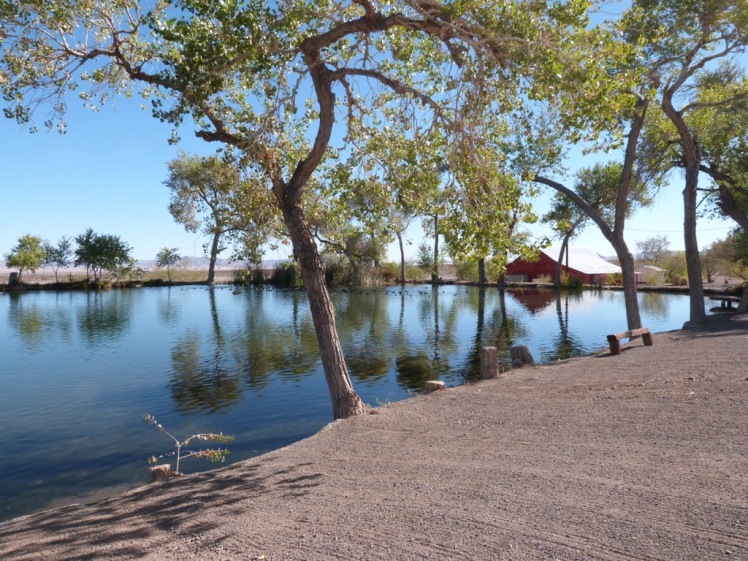 Then in the early 1900’s, the pioneer came along and it became a prominent grazing area for the cattle during the winters. During the peak of the area, even Cottonwood and Southern Railroad created a train depot at the Springs. At some point someone built a landing strip.

To this day, Historic Old Woman Springs Ranch remains as private property. The ranch consists of over 400 acres of deeded land with water and grazing rights to another 1600 acres.

Today is day 20 of the Brave, Bold, Blogger Challenge (BBBC) 2017 hosted by Kathy at ToadMama.com