Have you ever felt like you’re in a hallway waiting for one of the doors to open or trying to figure out which door to open? Ever since I got back from Horizon Unlimited California (HU), I have been feeling lost and like I’m falling down the rabbit hole. Prior to HU, I was always on a mission whether it was working, dealing with the estate, preparing for the motorcycle trip or actually riding the motorcycle on the trip. Now, I’m in limbo, waiting on test results and doctors appointments that are weeks or months away.

In other words before now, I was always keeping myself busy. So while waiting, my mind start to wander and I feel like I don’t know who I am or wants to be anymore. Ever since I have been on the road trip, I learn how to take care of myself and do the things that I wanted to do. Basically learned how to be a more of a free spirited person. Now that I’m back, I know that I can’t go back to being the person who I was before Russ passed away. In another word, the people pleaser, the perfectionist, and the person who was always on a mission. Even though my friends and families expect me to like nothing ever happened.

Then there was this new life that started evolving before I left for this trip. A friend of mine called me one day and asked if she could give my phone number to a mutual friend of her. At first I told her no since I was leaving in three months for my trip. However, she was persistent stating that her friend recently gotten divorced and needs some help getting back in the dating world. She also said that I need to have some fun once awhile too. So I caved in and let her give him my phone number.

We talked for awhile and I let him know up front that I will be leaving shortly on a trip for a year. He was cool with that but it still took him awhile to ask me out on a date. He was worried that I wouldn’t like the place that he wanted to go for a date. When he finally asked me if I would like to Calico Ghost Town for the day and immediately I said “Yes!”. He was surprised since he was not used to anyone who would like to do the same thing as he does. Since that day, we have gone to other places such as the zoo, horse back riding, off road motorcycle riding and to a country music festival. He also helped me prepare for my trip by running around with me to various camping and motorcycle stores to get the gears I needed.

While on my trip, he kept in contact with me to make sure that I was doing okay. So when he heard that I was having issues with my hands and needed to come back home to make doctor appointment. He asked if I would come and live with him while I try to figure out my medical issues. At first I wasn’t sure if that would be a good idea. I wasn’t sure if I was ready for new relationship. I did have other alternative living arrangement but I one thing I knew for sure was that I do not want to live in the urban area again. After living in the desert for several years, I have come to love this area and wanted to live here again. So, I decided to take a chance and give it a shot living with him.

It has been awkward for me since I have been back because I never been a homebody. Ever since I was fourteen years old, I have always have had a job. Now, I’m struggling to find a job where I could work from home or on the road. It is taking awhile to solidify some leads I have had in the works. Once again while waiting for supplemental income, I’m not used to having to rely on someone for a vehicle when I need to run errands or not contributing to household bills since I still haven’t received the money from the estate. I do not like the feeling of having to rely on someone for help. I have always been independent and always could take care of myself. So this feeling of needing someone is very new and scary feeling for me.

With this new lifestyle and the pull of my friends and families back to the old me has me feeling more confused then ever.  A part of me feel guilty for moving on without Russ and feel so lost without a mission or purpose.  At the same time, I was missing Russ more than ever which also made me feel guilty for my friend. I was in my lowest of low the other day when my daughter called to check up on me. Her timing couldn’t be better. I told her how I have been feeling lately. Telling her how much I wanted to be back on the road as a free-spirited person but frustrated with the lack of knowing what’s wrong with my hands which is preventing me from being on the road again. She calmly told me that I was still me and doing what I always do best, making lemonade out of lemon. She said that I always do the best of whatever I was doing whether it’s raising two kids as a single mom, riding the motorcycle on the back road of United States or being the best Susie Homemaker there ever was. She reminded me to “just live in the moment and make the best of it as I have alway done before”

So here I am just making the best of the situation and reminding myself once again, just to take it one day at a time. All the while, I also know that he see me staring out the window itching to be out in the world wandering again. I know that when he hears the song “Wild Child” by Kenny Chesney and wonder when will the wind shift again for me. However, I know that he still have hope for us making a new life together but is living in the moment for now just as I am. 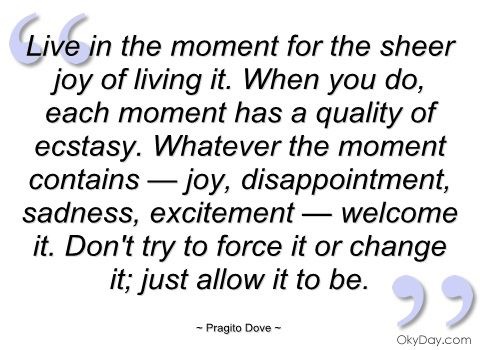 10 thoughts on “The Rabbit Hole”