On Tuesday, August 16th, sometimes after 11:00 am, I looked out my window and noticed that there is another plume of smoke to the south of me.  Sh*t…not another fire! We’re just wrapping up from the Pilot Fire near here which started a week ago and just was contained this morning. One thing I learned from that fire is that perception is not what it’s seem. The smoke from the Pilot Fire made it seem like the fire was much closer than it has been. So, I hop onto P2 to hit the OHV trail to head out to the Lookout Point which is about a mile south of my house.

By the time, I got to the Lookout Point, there were four other people there, long time resident of the area.  We started debating where we think the fire is.  Like I said earlier, perception can be distorted.  The consensus appears to be that it is on the west side of the 15 Freeway which is good news for us since we live on the east side.  These old timers stated that as long as they have lived here once the fire started it usually stay one side or the other of the freeway. It seems all at once, we all let out a sigh of relief at the same time.

We stayed awhile and chit chatted about P2, my motorcycle trip and the old timers’ glory days of riding.  Every now and then, we would turn our head to check out the status of the fire.  Then all of sudden, the power line above us starting crackling and setting off sparks of electricity.  We all knew that it was not safe to stay there anymore and head back.  I managed to take a picture before I hop back onto P2 and head home.

By the time I got home, I was able to access the InciWeb, an Incident Information System website listing all of the fires in United States.  I found out that it was being called the Blue Cut Fire and here what it reported. “The Blue Cut Fire started on August 16, 2016 at 10:36 AM in the Cajon Pass along Old Cajon Blvd. north of Kenwood Avenue west of Interstate 15. The fire quickly spotted across Cajon Creek and grew into a large wildland fire. During the course of the fire fight, railroad lines, local roads, highway 138 and Interstate 15 were closed along with a large evacuation area that included Lytle Creek, Wrightwood, Summit Valley, Baldy Mesa, Phelan and Oak Hills.”

I knew it wasn’t going be long before the law enforcement would be coming around to tag our house for mandatory evacuation.  Mark was already on the way home and I called my son, Chris, to come over to help us since we have a cat, two dogs, two horses and six motorcycles to get out of here.  Oh Sh*t…we only have a three rails motorcycle trailer so which one should we take?  We ended up deciding to take our new Adventure style motorcycles and P2 out and leave the rest.  Now, it’s time to load up the van with all of the important papers and personal stuff that are not replaceable.  By the Mark and Chris got to the house, the power was already out.  On top of it all, as part of the San Bernardino County Search and Rescue team (SBSAR), we were called out to help out with the large animal evacuation.  Luckily, the priority is that ourselves and our home comes first and then everyone else.

Mark headed out with our horses to drop them off at a friend’s house and he will be back to get our neighbor’s horses.  Meanwhile, I stayed behind to finish up loading up the bikes and other belongings.  I got it all done and noticed that Mark was not back yet.  So I called him to see what is taking so long, he started cussing about all of the “lookie loo” on the main road that would just stopped in the middle of the road to take pictures of the fire.  This was causing difficulties to navigate around these idiots.  I finally got to see what he was so upset about when it was time to take the dogs and the van with the motorcycles out.  It was really frustrating!  I wished that everyone would just stay home and watch it on the news so we could get our job done. 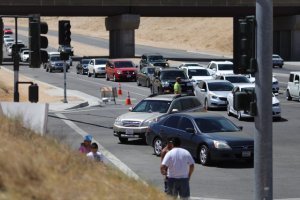 Once our animals and personal belongings were safe and sound, it was time to go back to our neighborhood to be on “standby” in case any other of our neighbors needed help with the evacuation.  While waiting, since our house is the last one on the street, it became the staging area for the Los Angeles County Fire Department who were fighting the fires in our zone. We were able to provide them with valuable information about the roads, trails, and the terrains.  As the night falls, we propped ourselves on top of our roof to watch the fires.  Then all of the sudden, the fire trucks in driveway turn around and left.  We looked at each other and were baffled as to why they were leaving since the fire is burning on the ridge next to our house.  We looked to see where they went and realized…oh sh*t…the fire is roaring up the main access road and it’s our only way out of the neighborhood.  I guess it’s time to get the heck out of there. 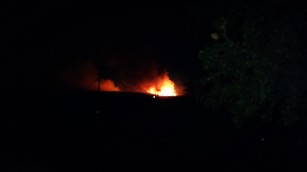 By the time, we got to my mother-in-law’s house to crash for the night, we got a call out from SBSAR to help evacuate thirty-three horses from the Phelan area.  Oh sh*t…it’s going be a long night!  We finally made it back to our temporary lodging for the night, we got a text from a relative who is in law enforcement and just finished patrolling our neighborhood letting us know that our house is still standing.  What a huge sigh of relief!  Now, we can crash for the night.  However, neither of us gotten much sleep.  We’re still running on adrenaline and our minds are going a hundred miles per minutes.

We got up early and snuck back into our house to see for ourselves that our house was still standing.  Relieved and then we looked at each other, wondering what should we do now.  At that moment, we realized that the both of us reek with the smell of smoke.  We decided that we should take a shower but with the power out, will we get any hot water?  We figured it was better than nothing; luckily, it wasn’t too cold.  Feeling all clean, both of us crashed again.  We woke up to the sound of the television being turned on.  It look like the power is finally back on again.  Oh sh*t, we still felt like crap.  How do the adrenaline junkie deals with the crash after the rush?  We’re still completely exhausted from yesterday ordeal.

Even though our mandatory evacuation was finally lifted on Friday, our volunteer work with SBSAR was still not done.  Many of the other areas in the fire were still under mandatory evacuation and sadly, many of the animals were not able to be evacuated due to various reasons.  So, SBSAR partnered with San Bernardino County Animal Control and Barstow Fire Department, we were allowed into those area to feed and water to the animals that were left behind. 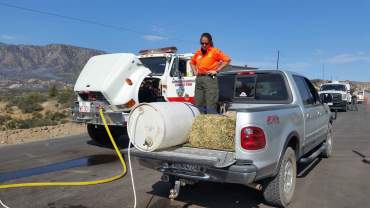 Oh sh*t…this fire has caused a horrific path of devastation that seems random at times.  As we traveled down the road, you would see a house standing without a scratch whereas the houses on either side completely burned down. It wasn’t until we working in those areas that I realized how blessed we were in our area.

I want to express my sincere appreciation to all of those involved in helping fight the fire and those who help with the evacuation.  We couldn’t have done it without you! 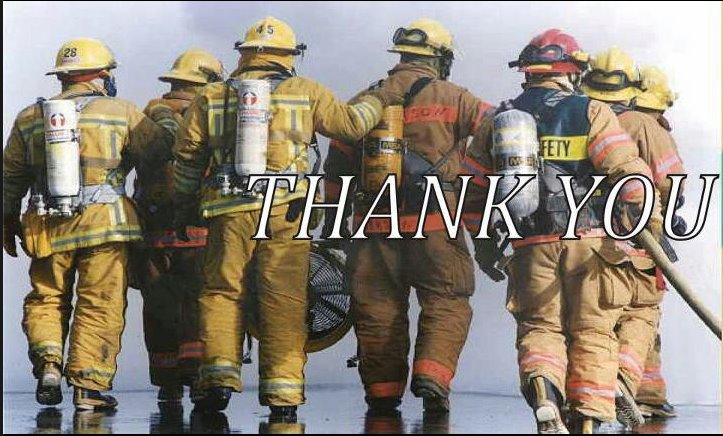